Introduction: The impact of paraneoplastic syndromes (PNS) on survival in patients with renal cell carcinoma (RCC) is uncertain. This study was conducted to analyze the association of PNS with recurrence-free survival (RFS) and overall survival (OS) in patients with non-metastatic RCC undergoing nephrectomy.

Methods: From the Canadian Kidney Cancer information system (CKCis) database, a prospective cohort of patients who underwent nephrectomy for non-metastatic RCC from 2011–2018 was identified. Patients with PNS were identified and compared to patients without PNS. PNS identified were one or more of anemia, polycythemia, hypercalcemia, and weight loss. Association of PNS with RFS and OS was examined. Univariate and multivariate analyses were performed.

Conclusions: In non-metastatic RCC patients undergoing surgery from CKCis database, the presence of PNS (one or more of anemia, polycythemia, hypercalcemia, and weight loss) is associated with advanced age, higher CCI score, and advanced tumour stage but not with poor RFS or OS. 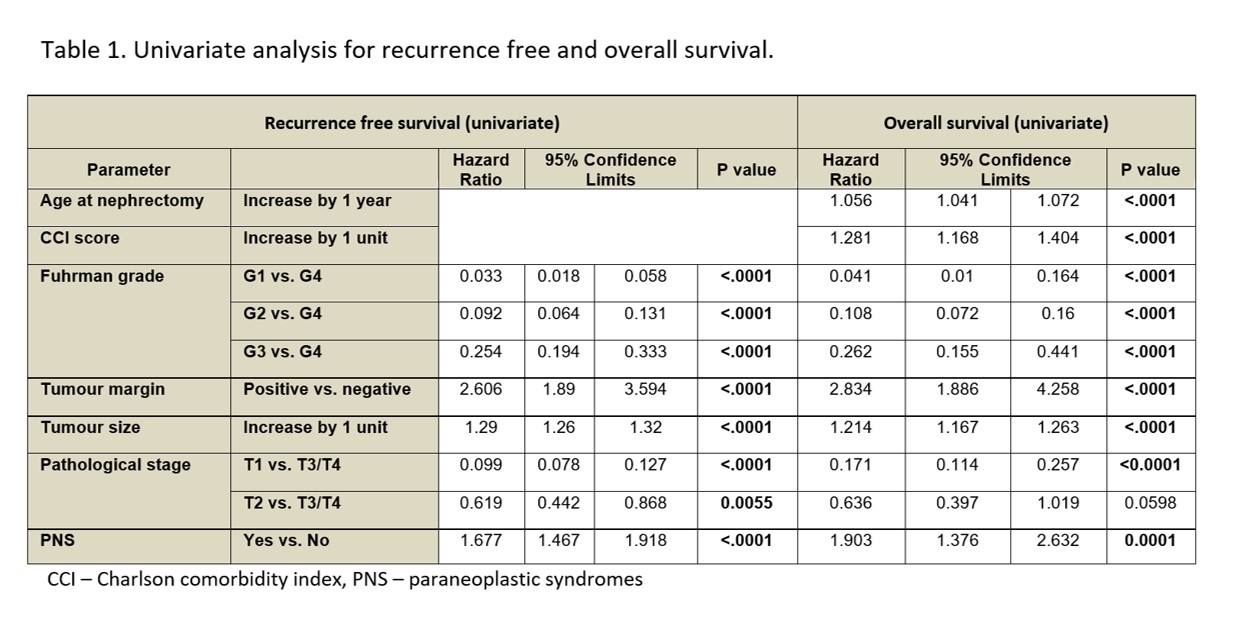