Introduction: In the setting of metastatic castrate-sensitive prostate cancer (mCSPC), androgen-deprivation therapy (ADT) has traditionally been the standard of care; however, the introduction of early docetaxel chemotherapy (DC) and anti-androgen agents (abiraterone with prednisone [AA]) have resulted in significant improvements in overall survival (OS).1-3 While these two alternative regimens have shown to be efficacious, they have not been compared head-to-head and it remains unclear which regimen should be offered as the initial treatment regimen. Our aim was to determine whether ADT with AA or ADT with DC resulted in improved quality adjusted life months (QALMs) among men with de novo mCSPC.

Methods: A Markov microsimulation model was constructed employing two-dimensional Monte Carlo simulation. A lifetime horizon was used. Our primary outcome was QALMs. Secondary outcomes included rates of second- and third-line therapy, OS, and adverse events. A systematic literature review was used to generate probabilities and utilities to populate the model. The base case was a 65-year-old patient with de novo mCSPC.

Conclusions: This study suggests that AA results in a higher QALM and crude OS compared to DC. Until robust randomized trials can be completed, the results of this study may help to guide treatment. However, the ultimate choice should be based on patient and tumour factors. 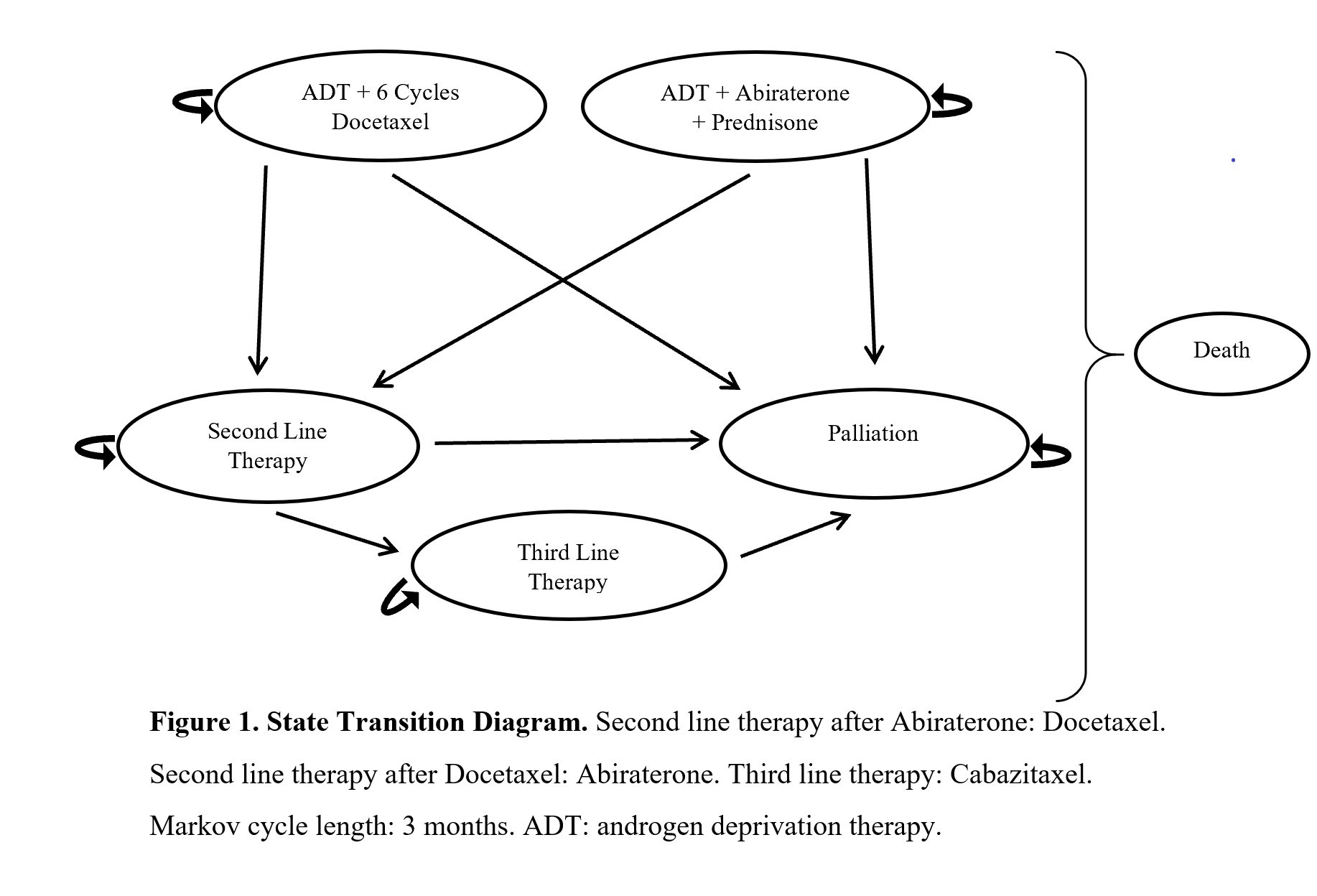